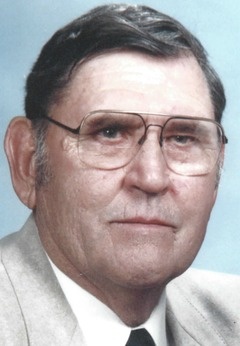 He was born February 9, 1927 in Hutchinson, KS, the son of William and Irene Errett Lewis.  He was a 1945 graduate of St. John High School and a 1950 graduate of Kansas State University.  A resident of Hutchinson since 1991, having moved from St. John, he was a retired farmer/stockman.

He was preceded in death by one sister, Beth Humphreys.

Cremation has taken place.  Memorial service will be 2:30pm Friday, Jan. 9, 2015 at Minnis Chapel, St. John with Pastor Jim Dillon presiding, burial will follow in the Fairview Park Cemetery, St. John.  Visitation with family will be one hour prior to service time.

To send flowers to the family in memory of William "Bill" Lewis, please visit our flower store.