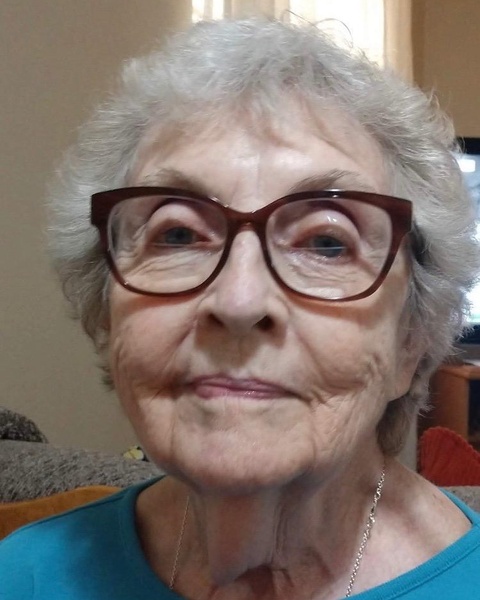 Virginia (Ginger) Freach, 85, died peacefully September 18, 2022, in Wichita, Kansas. Ginger was born September 25, 1936, to Andrew and Frieda Kosminski in Newton. She married Steve Freach in 1955 and they celebrated 56 years of marriage before his passing in 2012. As a Navy family they lived in numerous coastal cities during his long military career but most enjoyed their time in Arizona before retiring to St. John, Kansas in 1994. Ginger enjoyed her life as a homemaker and was particularly skilled at sewing and cooking. Her beautiful quilts and craft projects leave a legacy for so many. She was an avid reader throughout her life, ever ready to dig into a good book. She was preceded in death by husband Steve in 2012, son Daniel Freach, grandson Kristofer Freach and great-granddaughter Olivia Franco.  She is survived by son Steve Jr. (Mary Lou), daughter Polly (Gordon) Austin, grandchildren: Joe (Belinda) Freach, Beth (Jim) Schwartz, Emily Freach, Jesse (Kaitlin Plasterer) Austin, Carly (Keith) VenJohn, Sara Chavez-Christmann , Luke (Joy) Chavez, Danna Hendricks, and 7 great-grandchildren.  Funeral mass will be offered Friday, September 23, at 2:00 p.m., St. John the Apostle Catholic Church, St. John, with a rosary preceding at 1:30. In lieu of flowers, memorials have been established to St. John the Apostle Catholic Church, and the Wounded Warrior Project in care of Minnis Chapel, 526 E. 4th Ave., Box 34, St. John, KS  67576.

To send flowers to the family in memory of Virginia Freach, please visit our flower store.