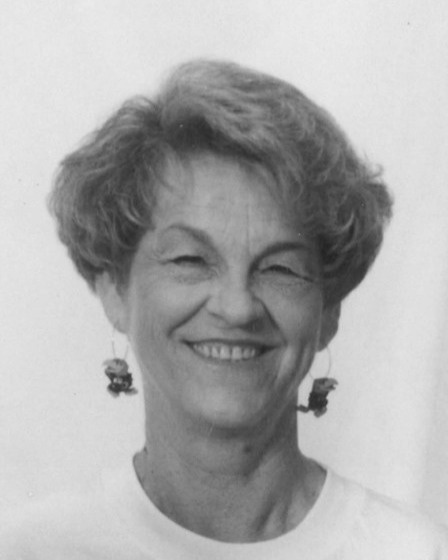 On October 6, 2015 Shirley Ann Barnes Welch lost her long, courageous battle with multiple cancers. She died at her home in Lawrence surrounded by her family.

Like her mother and maternal grandmother before her, Shirley was born on a farm near Brownell in Ness County, Kansas. She was born March 1, 1936, to Oscar and Charlotte Barnes, and raised in Macksville, Kansas. She graduated from Macksville High School and attended Emporia State University.

Shirley was preceded in death by her parents and four of her five siblings: Betty, Velma, Gene; and Dean. She is survived by her high school sweetheart and husband of 59 years, Larry Welch, of Lawrence; their three children, Ladd (Shelly) Welch, of Wichita; Lanny (Janell) Welch, of Wichita; and Laurie (Brian) Brown, of Olathe. She is also survived by a brother Howard (Ginger) Barnes, of Cape Cod, and eight adoring grandchildren.

Although Shirley was the only member or her immediate family who was not a graduate of the University of Kansas, she was considered the fiercest Jayhawk of all. She was a longtime season ticket holder and fixture (46 years) at KU football and basketball games, and also attended 28 KU NCAA tournament games and 7 KU bowl games.

She was a Life Member of the Jayhawk Society of the KU Alumni Association.

Shirley was also a faithful fixture at Kansas and national law enforcement conferences and events, during and following her husband’s 46-year law enforcement career as special agent and supervisor with the FBI, as associate director and director at the Kansas Law Enforcement Training Center, and as Director of the Kansas Bureau of Investigation (KBI).

In 2001, she was honored by the KBI, FBI National Academy Associates, Kansas Sheriffs’ Association, Kansas Peace Officers’ Association, and Kansas Association of Chiefs of Police as “The First Lady of Kansas Law Enforcement.” In 2007, the Kansas City, Kansas Police Department awarded Shirley its only “First Lady of Kansas Law Enforcement” award, and, in 2009, the Kansas Sheriffs’ Association honored her with the Honorary Life Membership. No other lady civilian was ever before, or since, so-honored by law enforcement organizations.

Prior to moving to Lawrence twenty years ago, the family resided at Goddard for twenty-three years, and were deeply involved with the Goddard schools and the Goddard United Methodist Church. Shirley served two terms on the Goddard Board of Education, USD 265.

Services will be held at the First United Methodist Church of St. John, Kansas, followed by burial and graveside services at the nearby Fairview Park Cemetery at St. John, Friday, October 16, 2015 at 1:00 P.M.

To send flowers to the family in memory of Shirley Welch, please visit our flower store.