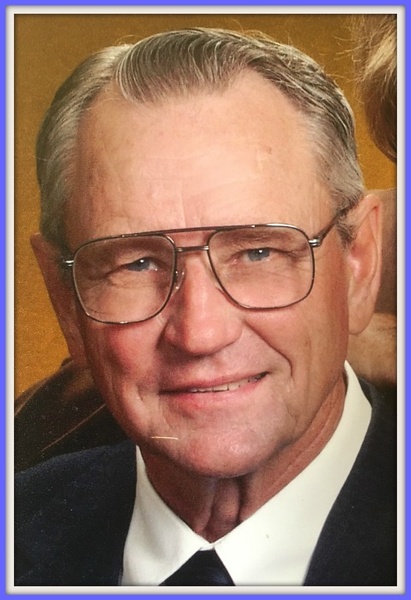 Roger Hiram Russell, age 80, passed away October 30, 2016 at Parkwood Village, Pratt, KS. He was a 22nd generation American, 7th generation Kansan and 5th generation Stafford County Native. Born at his Kipp grandparent’s home in the Rose Valley township in Southern Stafford County Kansas, in near blizzard conditions on the sixth day of March 1936. Roger was a 1954 graduate of St. John High School and married his high school sweetheart, Virginia, on August 5, 1956 at the Eden Valley Church of the Brethren. He received a Bachelor of Science Degree in Agriculture from Fort Hays State University with areas of interest in agriculture and industrial arts.  Following graduation, they moved to the Kipp farm home near St. John, Kansas.  Through the years, Roger was a member and a board member of the Antrim United Methodist Church.  He was also a life member of the National Rifle Association and Kansas Rifle Association.  Roger served 17 years as an Antrim 4-H club community leader, 20 years on the St. John-Hudson School board, and was a member of the Rose Valley township board.  He enjoyed St. John-Hudson School sports as well as music, and he especially enjoyed watching his children participate over many years.  Hunting and fishing were joys for him, but farming was his real love.  He is survived by his wife Virginia (Taylor) Russell of the home, four sons, Rick C. Russell (Danette) St. John, KS, Rod A. Russell, Las Vegas, NV, Rusty L. Russell (Angie), Overland Park, KS, Ryan K. Russell, Pratt, KS; a daughter, Jill L. Tumberger (Larry), Mount Prospect, IL; five grandchildren, Royce Russell (Stephanie), Kristin Russell, Will, Taylor and Luke Tumberger;  a great grandchild, Lyla Russell; twin nieces, Danielle and Richelle Russell, Mankato, KS. He was preceded in death by his parents, Elmer C. and Zelma (Kipp) Russell and a brother, Richard Russell. Funeral service will be 2:00 PM, Thursday, Nov. 3, 2016 at the Antrim United Methodist Church with Pastors Nathan Gift and Wade Russell presiding.  There will be a private burial in the Rose Valley Cemetery. Visitation will be on Wednesday from 1-7PM at the funeral home.  Memorials may be given to the USD 350 Education Foundation or the Antrim United Methodist Church in care of Minnis Chapel, P.O. Box 34, St. John, KS  67576. A r eception will be held immediately following the service in the church basement, for family and friends to visit and share.

To send flowers to the family in memory of Roger Russell, please visit our flower store.