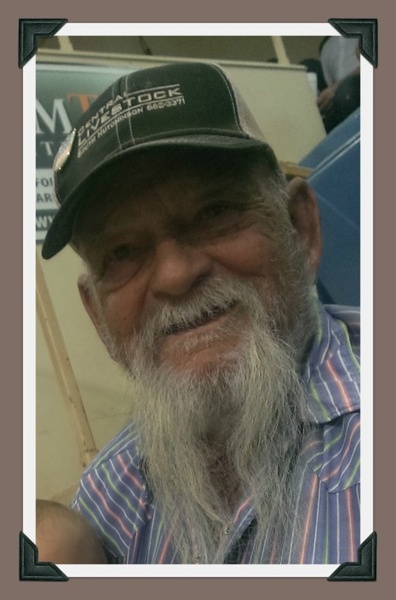 Robert E. Harrison was a cattleman with a heart of gold who loved spending time with family and friends. Robert enjoyed 74 years of happiness before passing peacefully September 30, 2017 at his rural home near St. John, KS.

Robert started his journey on November 12, 1942. He was born to William Dotts and Leslie Pauline (Weir) Harrison. He graduated from St. John High School in 1961; graduated from Hutchinson Junior College in 1963; and attended Fort Hays State College.  In 1964, he married Jean M. Rusco. To this union were born four amazing children. In 1966, he enlisted in the United States Navy where he achieved the rank of ADR 2nd class during the Vietnam Era.  Later, he was an active member of the VFW and served as Commander in Chief.  In 1970, he returned to St. John to pioneer Harrison Hay Service, establish his own farm, and raise his family.

He is survived by his children, Paul (Heather) Harrison, Lisa (Eric) Rotert, and Malee Harrison; six grandchildren, Erin and William Harrison, Jacob and Lakin Rotert, and Dawn Harrison and Cooper Ernsting; and two sisters, Jean Carter and Jennifer Harrison. He was preceded in death by his parents; a son, Saul Erin Harrison; and a sister, Janet Harrison.

Funeral service will be 2:00pm, Saturday Oct. 7, 2017 at Minnis Chapel, St. John with Pastor Wade Russell presiding. Visitation will be on Friday from 1-7pm with family present from 5-7pm at the funeral home. Memorials may be given to the USD 350 Education Foundation in care of Minnis Chapel, P.O. Box 34, St. John, Ks  67576. Following the service, the family welcomes all to join in a celebration of Bob’s life at the Old Livery Stable at the corner of 4th and Exchange, St. John.

To send flowers to the family in memory of Robert Harrison, please visit our flower store.