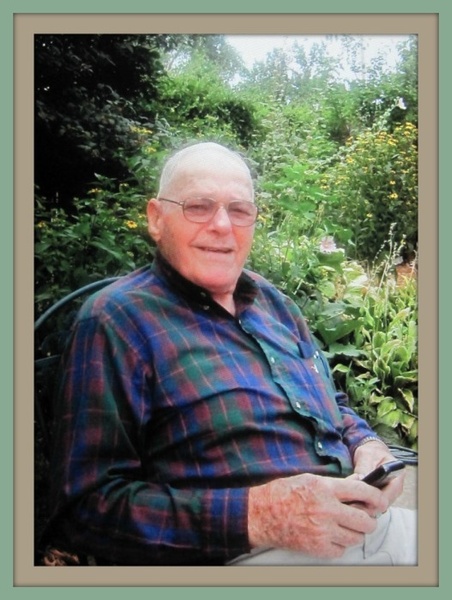 Robert H. Frink, Jr., age 95, passed away December 9, 2017 at South Hutchinson, KS.  He was born on October 11, 1922 at Hopewell, KS, the son of Robert Howard Frink, Sr. and Nettie Iva (Rogers) Frink.  Robert was a WW II Veteran of the US Army, a resident of St. John since 1954 and a retired Shift Foreman for Northern Natural Gas after 35 years. His memberships include the Stafford County Country Club and the American Legion.  On Nov. 26, 1944 he married Maurine E. (Dorland) at Greensburg, KS, she preceded him in death.  Survivors include a son, Robert Steven Frink (Jolene), St. John, KS; a daughter, Bobbett Davis (Jack), St. John, KS; a sister, Rogene Rowheder, Cheyenne, WY; 4 grandchildren and 6 great grandchildren.  He was preceded in death by his wife Maurine, a sister, Wanda Bauersfeld and a great grandchild.

Memorial service will be 1:00 PM, Friday, December 15, 2017 at the First Baptist Church, St. John, with Pastor Roland Broeder presiding.  Inurnment will follow at the Fairview Park Cemetery, St. John with Military Honors.  Visitation will be on Thursday from 2-8 PM at the funeral home, with the family present from 6-8 PM.  Suggested memorials are to the First Baptist Church or the Lucille Hall Museum in care of Minnis Chapel, P.O. Box 34, St. John, KS  67576.

To send flowers to the family in memory of Robert Frink, Jr., please visit our flower store.