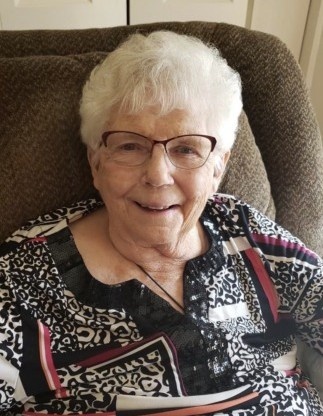 Great Bend, Kansas. Orpha was preceded in death by both of her parents, an

Francis and brother Norman Witt. She is survived by her children and step-

and her beloved nieces and nephews.

Orpha graduated from St. John High School in 1949. After high school she pursued

her nursing degree from St. Rose Nursing School in Great Bend, Kansas. She

the next 40 years in various small hospitals and clinics in Kansas.

She married Kenneth R. LeRoy in June of 1952. During their 22 years of marriage

Kansas. Their early years of marriage took them to Texas and Alaska as part of

Ken’s military duties. Together they had 4 children. They divorced in 1974.

blended a family of 7 children with 2 still at home. Together, they continued to

towns in central and western Kansas until they retired in 1992. Prior to retirement

they purchased their retirement home in March, 1976 in Wilson Lake Estates in

Florissant, Colorado. Over several years they made this mountain cabin into their

In 2008 Orpha and Charles sold their mountain home and moved to Fort Collins,

Colorado to enjoy life at the Worthington Independent Living facility. They were

available for more family events and made new friends over the next 5 years.

Charles passed away in December of 2013. For another change, Orpha moved into

the Good Samaritan Independent Living in Windsor the spring of 2015. She

enjoyed meeting new friends and the many activities at Good Sam for 3 years.

She renewed interest in her hobbies of sewing, knitting and reading books. In the

extended family. For 15 months she split each week between their homes in

Windsor and Eaton. When it came time for assisted living, we found The Bridge @

Greeley. She moved in Labor Day weekend 2019. Her stay here was brief because

of a fall in December, 2019 which required hospitalization. Skilled nursing care

Homestead. Having family there and being back in the county she was raised in,

A Celebration of Orpha’s life will be held on Monday, Nov. 22, 2021 at Hudson Community

Church, Hudson, Kansas at 2:00pm. In lieu of flowers, please consider a contribution to

condolences may be made at www.minnischapel.net.

To send flowers to the family in memory of Orpha LeRoy-Wretling, please visit our flower store.