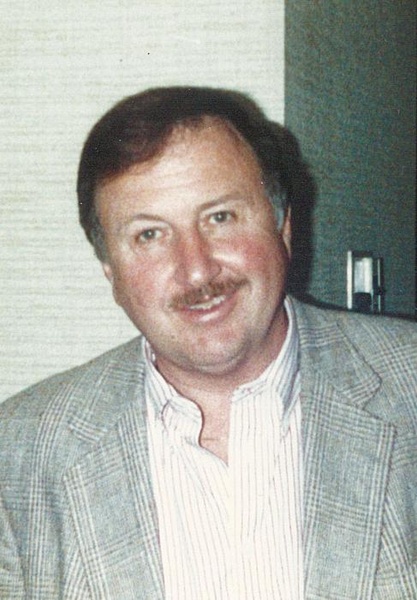 Ned A. Deighton, (80), of Saint Charles, MO, Son of Leslie A. Deighton & Clara (Elmore) Deighton passed away unexpectedly April 17, 2016, surrounded by family.  Ned was born in Kansas on April 20, 1935, and Kansas never left his heart.  He is survived by his wife Jeannie; daughter Jan (Paradise Valley, AZ); son Dirk (Sioux Falls, SD); stepsons Sam (Janet) of IL,, Paul (Myra) and Todd of MO;  grandson Ryan (SD) and granddaughter Whitney (Ryan) of (SD)  step-grandchildren Emily and Kristin along with numerous nieces, nephews and 3 great-grandchildren.  Brother Les (Barbara) KS and Jean Gross (William) KS.  He was preceded in death by his Son Jeffrey; Siblings Juanita, Robert, Jim, LaDayne, Elaine, Della.   He loved fishing, hunting, golfing, traveling the world and all motorsports.  He was never happier than when he spent time with his family at the lake, grilling dinner and watching any western movie.  Visitation will be held on Saturday, April 23 at 10 a.m. and the funeral at 11 a.m. at First Christian Church, 8th  &  Topeka Street, Larned, Kansas 67550.  Burial will follow at the Larned Cemetery.  Memorial gifts can be directed to the Mayo Clinic or The Salvation Army in care of Minnis Chapel, P.O. Box 34, St. John, Ks  67576.

To send flowers to the family in memory of Ned Deighton, please visit our flower store.