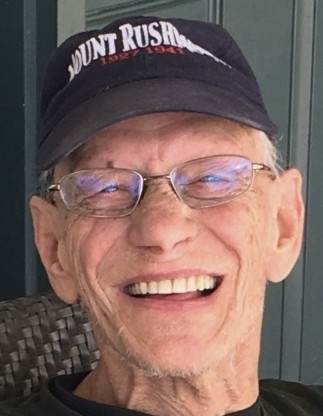 Mark graduated from Macksville High School in 1971 and later joined the US Navy.  After completing his military service, he moved to Larned, KS, which would be his home for the rest of his life.  Mark attended Barton County Community College.  He was a member of the First Christian Church of Larned, KS.

Mark held a number of jobs in Larned.  He worked at KANS Radio as a broadcaster and in other capacities.  There, on occasion, he greatly enjoyed serving as sportscaster for local and area high school games.  He later was employed by The Tiller and Toiler newspaper, where his duties included writing the column Zwink or Zwim, which often included Mark’s unique perspective on local events and personalities.  He then worked on the custodial staff for the Fort Larned School District, making many lifelong friendships with fellow school employees and students.  At the time of his death, he was a part-time employee at the Larned Community Center, helping with activities and events and assisting regulars and visitors young and old.

Mark was an avid sports fan, enthusiastically following his favorite teams and athletes whether they were at the professional levels or in the youth leagues. He was a genuine people person.  His easy smile, wry wit, sense of humor, and colorful, engaging personality will be missed by many.

Mark was preceded in death by both parents. He is survived by brothers David Zwink, Mississauga, ON, Canada; Timothy (Ann) Zwink, Piedmont, OK;  Joel (Patti) Zwink, Pacific City, OR; and Jonathan (Janice) Zwink, Topeka, KS; and sister Debra (George) Susoeff, Mapleton, OR; numerous cousins, nieces, and nephews; and his many, many friends in the Larned community.

Mark’s family would especially like to extend its heartfelt thanks to those close friends of Mark who assisted him during his last, brief illness.

Memorial services are pending and will be announced at a later date.  Burial will be in the Farmington Cemetery, Macksville, KS.  Memorials may be given to the Fort Larned Foundation for Education or the Larned Community Center in care of Minnis Chapel, P.O. Box 34, St. John, KS 67576.

To send flowers to the family in memory of Markley "Mark" Zwink, please visit our flower store.