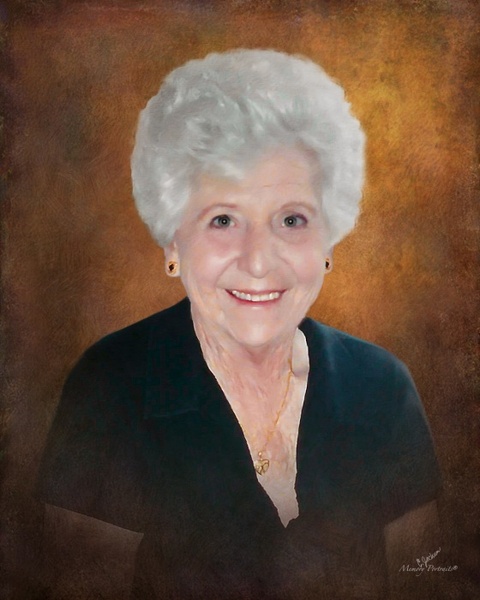 Joyce Leatherman Folger Rowley, 82, of Georgetown, TX, passed in to her Savior’s Arms on November 7, 2017 at Park Place Manor, Belton, TX.   The sixth of seven daughters, Joyce was born November 27, 1934 in Stafford County, KS to Chester and Pansy Leatherman.

In 1972 Joyce was appointed Office Deputy and Communication Officer with the Sherriff’s Office in Stevens County, KS and later served as a Communication Officer with the Police Department in Liberal, KS.  Joyce enjoyed her work in law enforcement and was a member and officer of several professional organizations.  In 1975 she was named Dispatcher of the Year by the Southwestern Kansas Dispatchers Association.

In 1979 Joyce moved to Dodge City, KS when she went to work for the State of Kansas as a Driver’s License Examiner.  After serving as the Supervisor of the Dodge City Office, she retired in 1996.

Joyce loved to sew and made many clothes for herself and her children, grandchildren and great-grandchildren.  Additionally, Joyce enjoyed embroidering and made beautiful tablecloths, napkins, tea towels, sheets and pillow cases.  Joyce loved to bake and deliver goodies to friends and neighbors.  G-Ma’s cookie jar was always full.

In addition to her husbands, Joyce was preceded in death by her sisters Darlene Bowden, Dona Smith, Berneda Magie and Bernice Shrum.   She is survived by her sisters Betty Barker and husband Morton of Wichita, KS and Connie Ball and husband Larry of St. John, KS.  She is also survived by daughters Terri (Lutz) Popejoy and Dan of Waco, TX; Tracey (Lutz) Nix and Rick of Flint, TX and Sandy (Folger) Dlugas and Steve of Temple, TX.

In lieu of flowers donations may be made to Kindred Hospice Foundation, Temple, TX.

To send flowers to the family in memory of Joyce Folger Rowley, please visit our flower store.