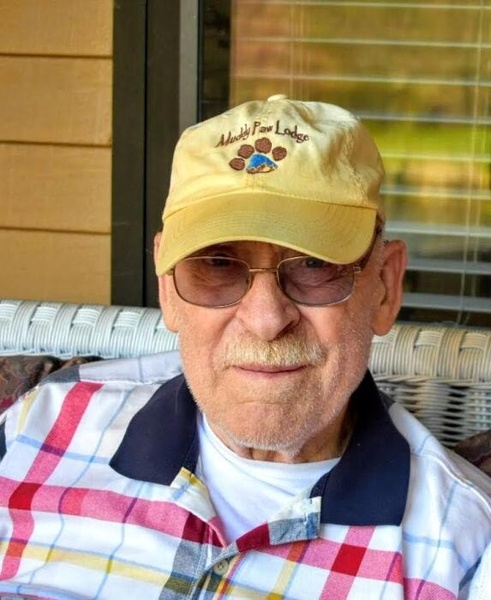 James (Jay) Donald Barber was born in Stafford, Kansas on October 31, 1936 to James (Jim) Alanson Barber and Sadie (Sid) (Dale) Barber.  He grew up in St. John, Kansas, graduating from St. John High School.  While in high school he participated in many clubs and sports.  During his years at St. John, Jay became an older brother to John Henry Barber.  Jay attended Kansas State University, majoring in Mechanical Engineering. While in college, he founded Kansas State’s chapter of Delta Upsilon, participated in the ROTC program and met his future wife, Judy (Crawford).  Jay and Judy  married August 23, 1958 and moved into their first home in Manhattan Kansas.  They moved around with the army as Jay served first as a lieutenant, and then as a captain.  Jay’s first job with Goodyear brought them to Akron, Ohio.  Here they adopted their first child, William Chappel (Bill) and two years later adopted a daughter Kathryn (Katy).  Then, in two years’ succession, Judy gave birth to a daughter Megan and a son James Edward (Ed).  Jay moved his family to numerous states while with Goodyear and finally settled in Hillsborough, NJ where he started working for Mobil Oil Company.  He lived his oft quoted motto of “Work Hard. Pay Hard”, by: enjoying sailing and golfing, attending his children’s athletic event, feeding backyard wildlife, going to the New Jersey Shore, volunteering as a School Board Member, serving his church as a deacon, and returning to Kansas to visit extended family.  After retiring from Mobil Oil as a Mechanical Engineer Executive, Jay continued his full time work with Giffels Engineering in Farmington Hills, MI.  When he finally decided to stop “working hard”, he “played hard” instead by buying a waterfront condo in Clearwater, FL.  Then, like the circle of life, Jay and Judy moved back to NJ to live near their daughter, Megan, and her family.  Jay and Judy loved each other so much they were inseparable until Judy preceded him in death in November 2019.  He is survived by his children and grandchildren:  Bill and Tracey (Sheppard) Barber, Joshua Barber; Katy (Barber) and B.J. Ludwig, Jalmer Ludwig, Holly Ludwig; Megan (Barber) and Patrick Carmody, Emma Carmody, Nathan Carmody; Ed and Marie (Burfield) Barber, Elisa Barber, Caitlin Barber. He is also survived by his brother, John and Aagje (VanSwaay) Barber. Jay was beloved by all and will be greatly missed. A graveside service will be held at Fairview Park Cemetery in St. John, K.S. on December 18, 2020 at 12:00 P.M. In lieu of flowers, please be a part of Dad’s legacy of love and giving by making donations to Samaritan’s Hospice. You can go to their website: www.samaritannj.org, or you can send the donation to their mailing address: Samaritan, 3906 Church Rd., Mt. Laurel, NJ, 08054.

To send flowers to the family in memory of James Barber, please visit our flower store.