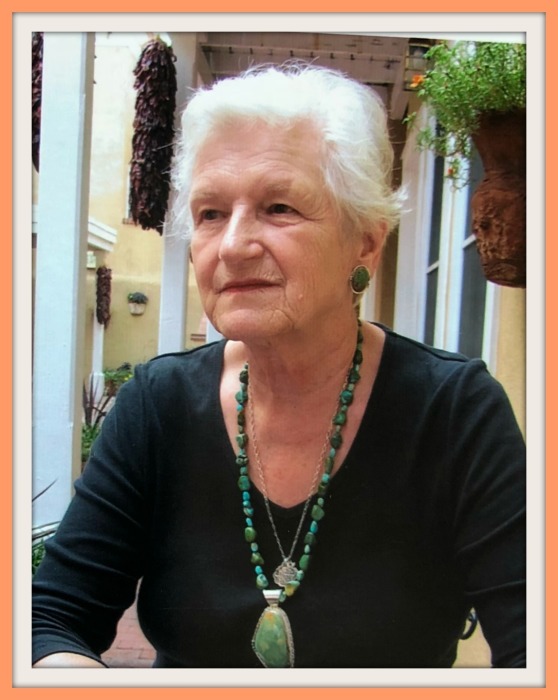 Gertrud M. (Spinnler) Smith, age 83 passed away July 6, 2018 at the South Wind Hospice House, Pratt, KS.  She was born on May 26, 1935 at Teschwitz, Czechoslovakia.  She was the daughter of Josef and Luise (Lippert) Spinnler. On June 30, 1956 she married Douglas Cecil Smith at Bad Toelz, Germany.  She was a real estate rentor and farmer moving to Pratt, KS in 1990. She was a member of the Sacred Heart Catholic Church, Pratt, KS and the U.S. Citizens.  She is survived by a brother, Josef Spinnler, Ettmannsdorf, Germany ; three sisters, Erika Lehner, Weiden, Germany, Christa Ostler, Mittenwald, Germany, Monika Karg, Garmisch-Partenkirchen, Germany; several nieces and nephews. She was preceded in death by her son, Sidney Douglas Smith, her husband, Douglas Cecil Smith, her brother Johann Spinnler, Oberwildenau, Germany  and her Sister Gerlinde Sueppel, Kaufering, Germany . Funeral service will be at 10:00 AM, Thursday, July 12, 2018 at the Minnis Chapel, St. John with Father Michael Klag. Burial will follow in the Neelands cemetery.  Visitation will be on Wednesday from 1-7PM at the funeral home.  Memorials may be given to the American Diabetes Association or the American Lung Association in care of Minnis Chapel, P.O. Box 34, St. John, KS  67576.

To send flowers to the family in memory of Gertrud Smith, please visit our flower store.