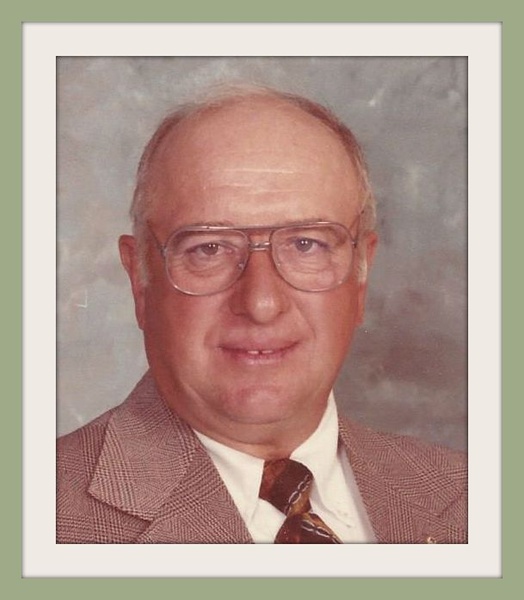 He was a graduate of Hoisington High School class of 1950.

He was in the Army during the Korean War and received his Honorable Discharge in 1955.  He continued to serve his country as a member of the Army Reserve until 1977.  He is a member of Saint John the Apostle Catholic church, Odd Fellows, Lions Club, Knights of Columbus (a 4 th degree Knight), and American Legion all of St. John, 1 st Life member of the VFW Post 7428 in Hoisington.  He was an avid Blood Donor (126 pints), and he also enjoyed to write poetry.  He was an Honor Guard for President Eisenhower’s Funeral at Abilene, Kansas.  He was an Honor Guard when Fort Larned became a National Historical site.  He was involved in the first NHRA Nationals in 1955 at Great Bend.  He was also a longtime Hunter Safety Teacher.

He is survived by a son Carl and wife Nicki Behr – grandsons Logan and Landon all of St. John, Ks; a daughter, Joyce and husband Bryan Urban – granddaughters Dayna and Allyson and grandson Kyler all of Wichita, Ks; a brother Francis and wife Evelyn Behr of Hoisington, Ks; several nieces and nephews, other relatives, and a host of friends.  He was preceded in death by his parents, brother Max of Oklahoma and twin brother Jerome of Great Bend, Ks.

Funeral Mass will be 10:00 A.M., Wed., Aug. 12, 2015 at Saint John The Apostle Catholic Church with Father Floyd McKinney. Burial will follow in the Fairview Park Cemetery, St. John. Visitation will be from 1-7 P.M., Tues., at the funeral home with family present from 5-7 P.M.  Rosary/Vigil service will be 7:00 P.M. on Tues., at the funeral home.  In lieu of flowers, memorials may be given to Saint John the Apostle Catholic Church or The Wounded Warrior Project of Kansas, in care of Minnis Chapel, PO Box 34, St. John, Ks, 67576.

To send flowers to the family in memory of Gerald "Yogi" Behr, please visit our flower store.