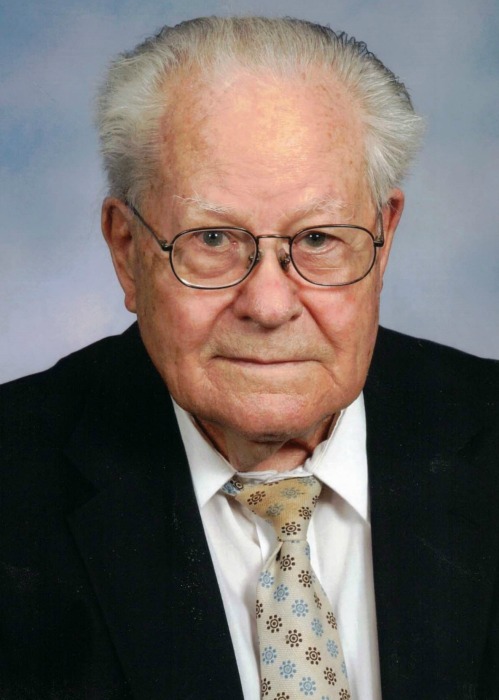 George Edward Cutright was born on the Charlie Cutright family farm southeast of Byron, Oklahoma on December 25th of 1926.  He died at Leisure Homestead in St. John, Kansas on September 19th of 2020, age 93 years 8 months and 25 days.

He drove mules as a boy and walked 1-1/4 miles to a one-roomed school house where he attended grades one through seven.  He attended high school in Byron, Oklahoma, and went into the Army right out of High School.  While in the Army, he was a lab technician where he drew blood at the Army Medical Center in Washington D.C. His favorite Army story was that he drew blood from General Ulysses S. Grant.  After a short silence, he would say, “The Third.”

When he left the Army, he married his childhood sweetheart, Nadine Rucker, daughter of the Superintendent where he attended high school.  He next used the GI Bill to attend Sprayberry Academy of Radio in Chicago.  Upon graduation, he moved to Kiowa, Kansas where he began doing wiring for G&R Electric and REA (Rural Electrification Administration).  When television came to town in 1950, he began servicing them in the back of G&R electric.  A short time later, he started his own business as Geo’s TV Service in Kiowa.  In 1960 when Nadine took a teaching job in St. John, Kansas, he set up shop and began servicing televisions in St. John and Macksville.  In 1978, with the help of Nadine, son David and his wife Martha, he founded and operated SJM Cablevision that served St. John and Macksville. He retired in 1988, went fishing and continued to help the St. John Sunflowers with the local Cable, Channel 9, which he started in 1979.

To send flowers to the family in memory of George Cutright, please visit our flower store.