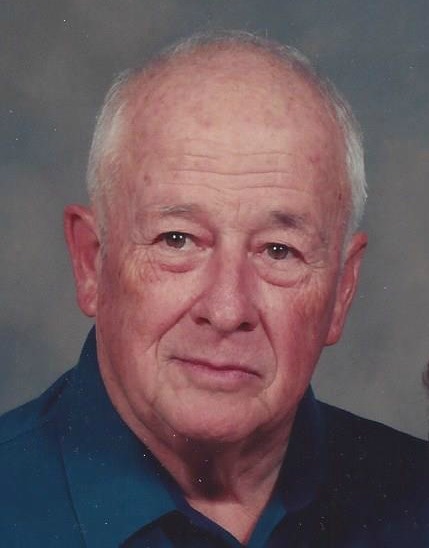 Eldred M. Lewis, 87, passed away Wednesday, October 28, 2015, at Larned, Kansas, following a long illness.  He was a farmer and resided in Burdett, Kansas.  Eldred was born September 25, 1928, on a farm near Timken, Kansas, the son of Willis Heale Lewis and Hazel Imogene (Vanderford) Lewis.  Eldred attended Larned schools and worked with his father in a construction business.

Eldred served in the Army 5th Armored Division in 1951-1952 and was stationed in Germany.  He was certified in the European Command Intelligence and Military Police School.  He married Jo Ann Eakin on July 30th, 1951 in Kansas City, Mo.  Following his deployment, Eldred worked as an officer for the Larned City Police Department.  In 1956 he went to work for Mullins Furniture in the Appliance Service Department.  He was later manager of Humberg Hardware.  He and his wife delivered the Hutchinson News to Larned residents for 12 years.   They were also foster parents for 20 years.  Eldred was always a hard worker and ready to take on new challenges, and in 1965, he opened his own business, Lewis Heating-Cooling-Appliances at 202 Broadway in Larned.  Later he purchased the property at 622 Topeka, and moved the business to that location.  His legacy still continues today with Comfort Systems, Inc., run by his son, Steven Lewis.

Eldred loved to fish and hunt.  He often hosted pheasant hunters during the season and took many hunting and fishing trips through his life.  He and his family took many trips through the years both at home and abroad. He was a member of the United Methodist Church and the Fredrick-Browne American Legion Post #280 both of Burdett.

He was preceded in death by his parents; his brothers, Harlan Lewis, Glenn Lewis, Guy Lewis, and Richard Lewis; and his sisters, Beryl Buhrer, Neva Washburn, and Fern Moore.

He is survived by his wife, Jo Ann, of the home;  his sons, Steven Lewis (Deborah)of Larned, KS, and Michael Lewis (Shelley)of Rio Rancho, NM; his brother, Joel Lewis of Cedar Park, TX; three grandchildren, Aaron Lewis of Amarillo, TX, and Staci and Ryan Lewis of Rio Rancho, NM;  and one step-grand-daughter, Virginia Griffin (David) of Larned, and their children, Ethan Banman of Lawrence, KS,  Rebecca, Victoria and Jezlynn Griffin of Larned.  He is also survived by numerous nieces and nephews.

Condolences may be left at www.minnischapel.net

To send flowers to the family in memory of Eldred Lewis, please visit our flower store.