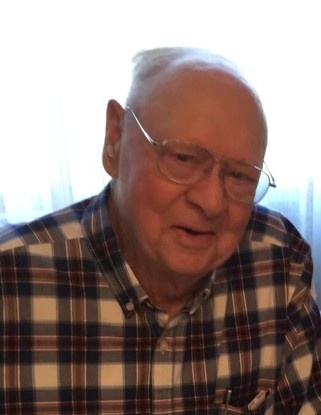 Donald Ray Suiter, age 87, passed away peacefully surrounded by family on Thursday, July 29, 2021 at the Pratt Regional Medical Center, Pratt, KS.,. He was born on September 9, 1933 at Macksville, KS, the son of Ralph L. and Edna (Waddle) Suiter. Donald was a fourth-generation farmer on the Suiter Homestead. He married Katherine E. (Delp) on October 14, 1972 at Macksville, KS., she survives of the home. Donald was member of the Grace United Methodist Church and served on the Board of Directors for the Macksville State Bank. He was also a U.S. Army Veteran during the Korean conflict, where he was stationed in Fairbanks, Alaska. Donald is survived by his wife; three children from a previous marriage, Lorie Rae (David) Suiter- McGeady, Fayetteville, AR, Dru A. Suiter, Avon, IN, Carol Ann (Scott) Suiter-Hayes, Lawrence, KS; a son from his current marriage, Devin L. Suiter, Macksville, KS; brother, Charles Frederick (Jayne) Suiter, Edmond, OK; sister Phyllis (Herb) Reimer, Loveland, CO; 7 Grandchildren; 4 Great Grandchildren. He was preceded in death by both parents, a brother, Eugene Suiter and his sister, Bernice McMillen. Visitation will be from 1-7 P.M., on Sunday, August 1, 2021 at the Minnis Chapel, Macksville, with family present from 5-7 P.M. Graveside Service will be 10:00 A.M., Monday, August 2, 2021 at the Farmington Cemetery, Macksville, KS.. Memorials may be given to the Grace United Methodist Church, Stafford County 4-H, or the Macksville High School in care of Minnis Chapel, PO Box 34, St. John, KS. 67576

To send flowers to the family in memory of Donald Suiter, please visit our flower store.