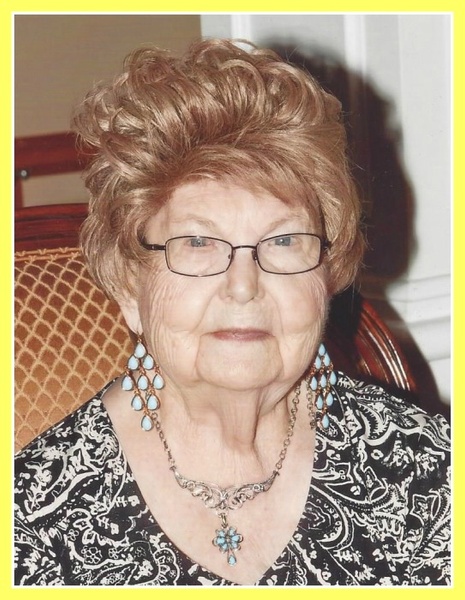 Carolyn Elizabeth Breitenbach, age 94, passed away July 6, 2016 at Phillips County Hospital, Phillipsburg, KS.  She was born on Nov. 23, 1921 in Henderson, KY, the daughter of James Rudy and Elizabeth (Raber) Bryant.  In May of 1946, she married Bernard F. Breitenbach at Henderson, KY, he preceded her in death.

Funeral service will be 10:30 AM, Monday, July 11, 2016 at the Macksville Christian Church with Pastor Carey Haner presiding. Burial will follow in the Farmington Cemetery, Macksville, KS.  Visitation will be on Sunday from 1-6 PM at the funeral home in St. John.  Memorials may be given to Relay For Life of Phillips County, in care of Minnis Chapel, P.O. Box 34, ST. JOHN, KS  67576.

To send flowers to the family in memory of Carolyn Breitenbach, please visit our flower store.