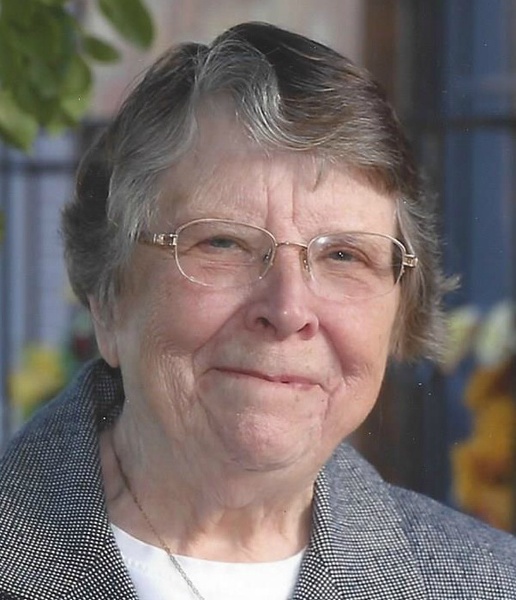 Barbara L. Watson was born on February 6, 1931 in Seymour, MO to Rudy and Rachel Schroeder and gained her heavenly wings on October 9, 2015. Barbara graduated from Seymour High School in 1948 and married Herman Watson on May 23, 1948. A short time later they moved to St. John, KS to make their home. On June 22, 1953 Barbara welcomed her first son, Rudy. A child with physical disabilities, Rudy brought so much joy into her life. Two years later on June 22 a second son, Randy was born. A third son, Rex, was added to the family in 1964. After her mother became ill, Barbara welcomed her baby brother, Charles Schroeder, into her home and raised him as another son. Being one of eight children, Barbara grew up without luxuries. She often referred to herself as a frugal German for her thrifty tendencies. She began her lifelong journey of hard work at an early age. She grew up with a needle and thread in her hand. She was such a talented seamstress. Over the years she made countless garments for individuals and an equally large number of quilts for herself and others. Born with a green thumb, Barbara raised large vegetable gardens and delighted in her beautiful roses. A good friend and neighbor to so many people, Barbara enjoyed preparing meals for anyone who dropped by see her. With an immeasurable amount of energy, Barbara worked daily from the time she rose until the time she retired. It is impossible to put into words how much Barbara meant to not only her family, but the entire St. John community and she will be immensely missed. She was preceded in death by her parents; her husband of 59 years, Herman; son Rudy Watson; sisters Georgie Bayes, Evelyn Lockard, Meriam Barnes; brother Charles Schroeder. She is survived by sons Randy (May) Watson, St. John, KS and Rex Watson, Peabody, KS; granddaughters Trudy Watson, Great Bend; Kaci (Bennett) Sattler, Halstead; Pam Watson (Justin Claussen); Kwan Watson; grandsons Tim (Tyra) Streck, Champ Watson; great granddaughters Alexandria Streck, Elsa Sattler; great grandson Vaughn Streck; brother Fred Schroeder, Seymour, MO; sisters Carlie (Bill) Cooper, Republic, MO and Carol Ussery, Marshfield, MO; sister-in-law Sunee Schroeder; a neighbor who was like a son, John Fox; numerous nieces and nephews as well as a host of friends. Barbara has asked that we not be sad with her passing. She was ready to cross Jordan and meet her Savior face to face. She asked that her thimble be placed on her finger because God might have some mending for her to do. Funeral service will be 2:00 PM, Tuesday, Oct. 13, 2015 at Minnis Chapel, St. John. Burial will follow in the Fairview Park Cemetery. Visitation will be from 1-7PM on Monday with family present from 5-7PM. Memorials may be given to the First Southern Baptist Church or Sunflower Diversified Services both in care of Minnis Chapel, P.O. Box 34, St. John, KS 67576.

To send flowers to the family in memory of Barbara Watson, please visit our flower store.