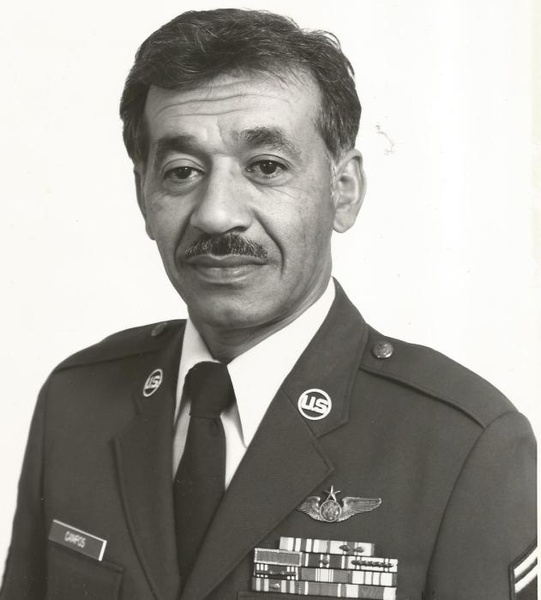 Al Campos passed away on July 4, 2016 - his 79th birthday -  in Phoenix, AZ.  Raised in St. John by his grandparents, Frank and Goldie Rellez, Al's home was any place duty called him. A devout patriot, he proudly served our country with a 30-year career in the U.S. Air Force, retiring in 1985 as a Senior Chief Master Sergeant. Al also worked for Boeing Wichita for ten years.

Al loved sports and was a loyal fan of University of Nebraska football and University of Kansas basketball. His greatest pride was his children and grandchildren in Nebraska, Arizona, California and Oregon.

He was preceded in death by his mother, Nellie Thompson, and his beloved grandparents Frank & Goldie Rellez, his brother Frank and sister Mary Lou, sons Scott Allan & Anthony (Tony) Dean.

A memorial service will be  held at 10:00 AM Tuesday, July 26, 2016 at Minnis Chapel in St. John. A burial ceremony with military honors will follow at Fairview Park Cemetery.

To send flowers to the family in memory of Al Campos, please visit our flower store.