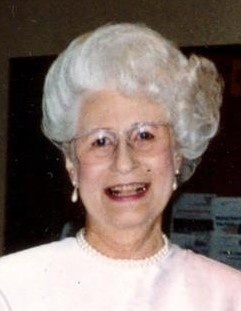 Peggy Jane Evans-Clark, age 94, passed away on Apr. 11, 2021 at the Pratt Regional Medical Center, Pratt, KS.  She was born on Oct. 5, 1926 at Minneapolis, KS, the daughter of Glenn H. and Doshia (Rogers) Brown.  Peggy received her Bachelor’s Degree in Elementary Education from KSU, a Bachelor’s Degree in Science from Sterling College and eventually received her Master’s Degree from KSU in the same field of study in 1980.  She began teaching in 1948 at Glasco, KS., also teaching in Radium and in the St. John schools. She married Richard Evans on June 21, 1953 in Minneapolis, KS, who later died in 1980.  She then married Paul Clark on Jan. 2, 1993 in Mannford, OK.  He died in 2012.  She was a member of River of Life Church, Rye, CO, Macksville Christian Church, Macksville, KS and PEO.  While in college, she was a member of the Alpha Delta Phi Sorority at KSU and later became a house-mother for the Kappa Delta Sorority from 1980-1991 and for Gamma Phi Beta Sorority from 1991-1993.  Peggy took care of the Remedial Reading Program at St. John Schools and continued that passion all through her life. Survivors include her two sons, Kirt (Julie) Evans of El Dorado, KS, and Erin Evans of Macksville, KS; 4 grandchildren, 7 great grandchildren and 1 great great grandchild. She was preceded in death by a sister, Sally Ann Fish.  Memorial service will be 10:30 a.m., Saturday, April 24, 2021 at the Macksville Christian Church with Pastor Jacob Russell and Gary Seibert presiding.  Burial will follow in the Farmington Cemetery, Macksville, KS.  Memorials may be given to River of Life Church or Macksville Christian Church in care of Minnis Chapel, P.O. Box 34, St. John, KS 67576.

To send flowers to the family in memory of Peggy Evans-Clark, please visit our flower store.